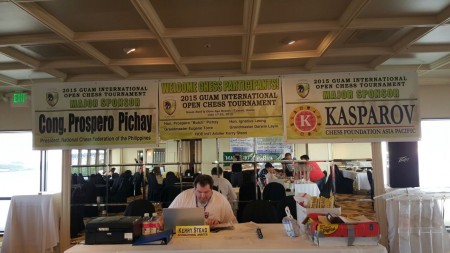 The Guam International Open Chess Championship was held at the Guam Reef Hotel from 17-23 July 2015 and was made possible primarily due to sponsorship from the Kasparov Chess Foundation Asia-Pacific and Prospero “Butch” Pichay Jr. from the National Chess Federation of the Philippines. 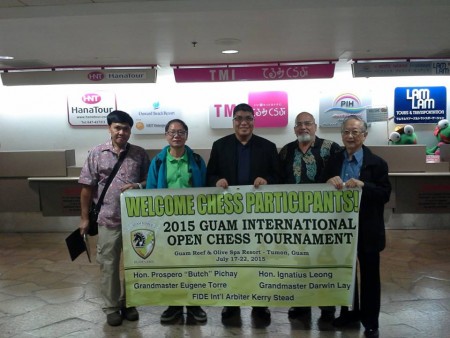 Given the distance of the largest Island in Micronesia in the Pacific it was understandably difficult for many foreign participants to make their way to Guam but this year there were for the first time ever, also two grandmasters, top seeded many times Zonal champion Laylo Darwin together with the legendary first Asian grandmaster Eugene Torre whose list of honours read like a history book!

In the Guam International Open 2015 there were twenty three from six countries contesting for honours but it was no surprise that Torre and Laylo simply ran away with the event, only dropping half a point in their personal encounter and already the winners with two rounds to go.

The records will show however it was the Torre over Laylo through the tie-breaks, and that in third place, one and a half points behind, was Guam’s own Enofre Efren D Manuel who only lost to the two grandmasters. 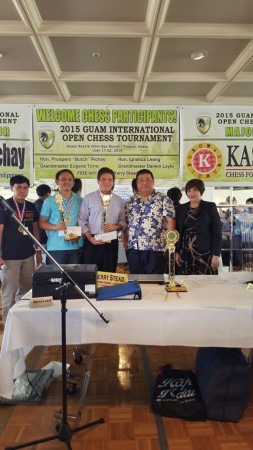 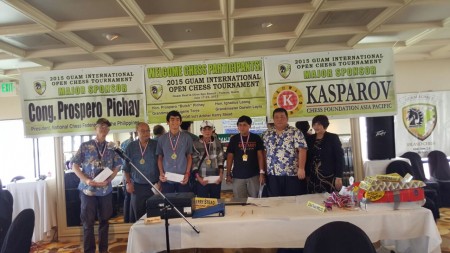 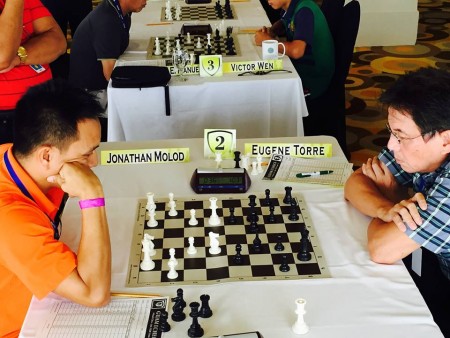 A big moment for Molod to be able to play Torre! 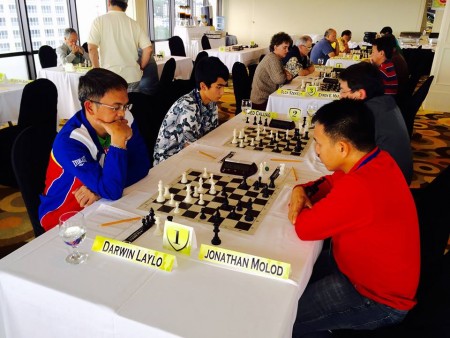 Then to also play Laylo on top board! 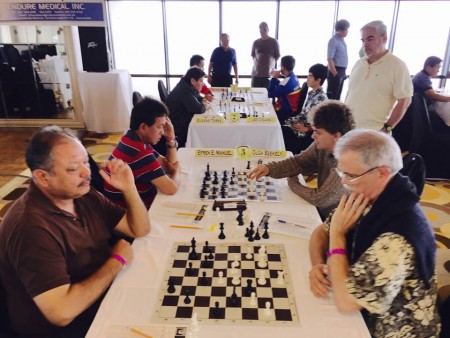 A great time for all in quite superb conditions. 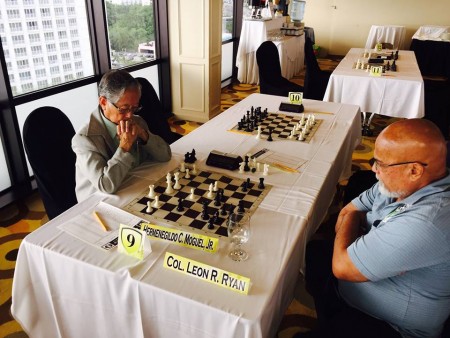 A battle of veterans.

Wonderfully organised by Guam Chess President Rogerio Orio and his team, with Chief Arbiter Kerry Stead doing an excellent job, the tournament turned out to also be a treat and a privilege for a very friendly local chess community who fully enjoyed their interaction with the famous grandmasters and other foreign guests. 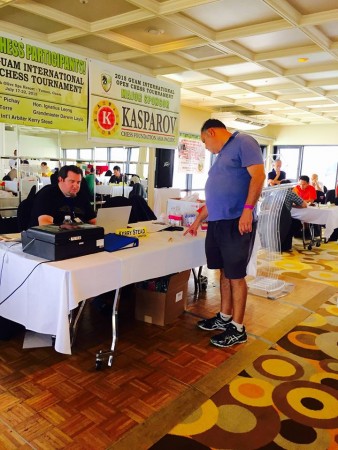 For the officials from Guam Chess, it was also a golden opportunity to learn and draw from the vast experience of ASEAN Chess Confederation President Ignatius Leong especially in relation to operation and expansion of the Guam Chess Learning Centre – the brainchild of former Guam Chess President Leon Ryan – that was set up last year in partnership with the Kasparov Chess Foundation Asia-Pacific. Never enough chess. The obligatory simultaneous exhibition given by Torre after the final game ended.