115 players from 6 Federations – England, Kazakhstan, Philippine, Russia, USA and Korea – participated. The Open and U1600 sections were FIDE-rated 9 round Swiss with 15minutes + 5sec/move Fischer increment. The first tie-break was number of victories while all ties were broken; i.e. no sharing of prizes. This led to fierce battle on almost all matches. Eventually the overall winner of the Open was FM Lee Junhyeok with 7.5points ahead of 2 IMs.

This event was jointly organized on 31 March 2019 by the Chinese Taipei Chess Association and the Taichung Chess Association in Taichung City. A total 168 players from 5 countries (USA, Italy, German, Thailand and Taiwan) and 60 accompany persons attended the event. The event was conducted in several sections – Open, U14, U12, U10, U8 and U6 using the 7-round Swiss. Time control was 15 minutes with 5 seconds increment. The Open and U14 sections were FIDE-rated.

The top 6 in each section were awarded cash, trophy and a certificate. The head of sports bureau of Taichung city government delivered the opening speech and attended the closing ceremony and the banquet dinner. Thanks to the Kasparov Chess Foundation, this kind of tournament is just what an event needs to promote chess not only on a national level but in an international level. 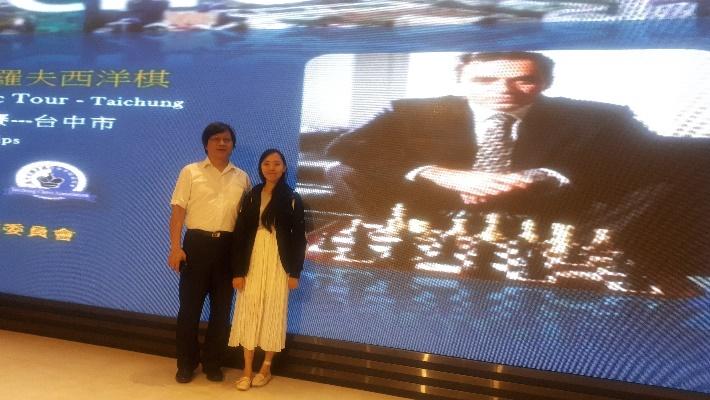 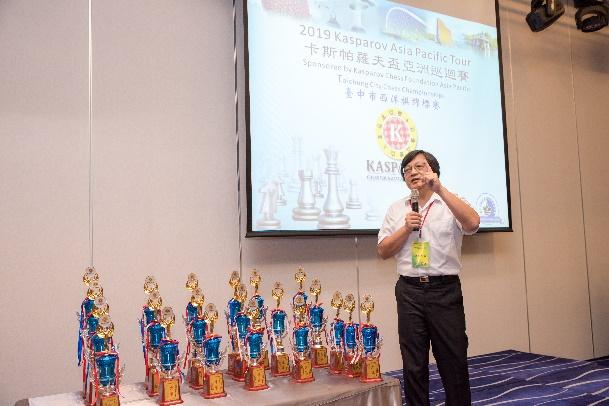 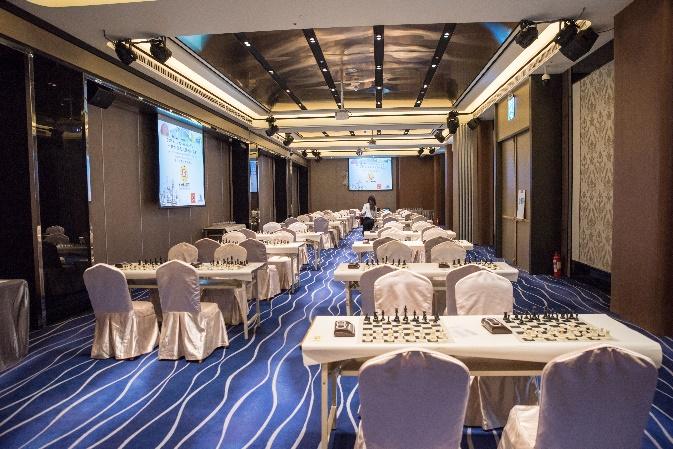 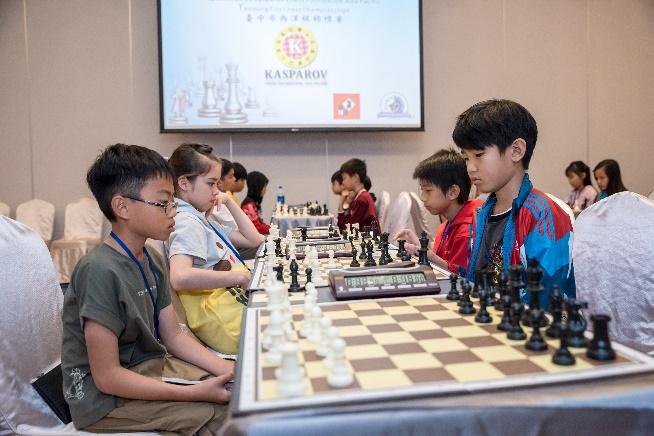 Winners of the Open Section

Winners of U14 Section

U12 Winners with head of sports bureau

Winners of U10 Section

Myanmar Chess Federation organized the commemorative 20th edition of the ASEAN Age Group Championships with 430 participants from 11 countries. The event was held in the Mandalay Multi-Sports Stadium in Mandalay City from 9 to 19 June 2019. This was the first time the event took place in Myanmar.

Other than the Chess competitions, were the Arbiters Seminar and the Trainers Seminar. The latter was conducted by GM Ramesh which attracted a huge attendance.

As an annual tradition, the Social Evening was held before the days for the Rapid and Blitz events. Participating countries nominate their representatives to perform (sing, dance, play instrument or other) and win prizes.

Entrance to the Venue

Winners of the Social Evening Performance – kids from SGP

The 8th Johor Causeway Open Rapid was held on 8 December 2019. It was a FIDE-rated event sponsored by the Kasparov Chess Foundation Asia Pacific held during the annual Johor Chess Festival 2019.  The venue was at the Johor Bahru Citi Square. It was an 8-round Swiss event with each player having 20 minutes to play.

Once again, the historical Melbourne Chess Club hosted our traditional Australasian Masters GM Norm round robin tournament (the only GM Norm event held in Australia last year). Thanks to our gold sponsor KCFAP the seventh edition of this exciting event once again created a rare opportunity for aspiring players to have a shot at the coveted GM title.

No GM Norms were achieved this time around but, however young Queensland Champion International Master Brodie McClymont was very close. For the first time in the history was the participation of 2 Norwegian Masters (GM Frode Urkedal and IM Erlend Mikalsen). Since 2013 we had players from many countries (Azerbaijan, Belarus, Latvia, Norway, New Zealand, Vietnam, Singapore, Kazakhstan, Uzbekistan, Russia and Australia) took part in our events. Interesting that in 2019 event two young Australian Grandmasters Temur Kuybokarov and Bobby Cheng ( ho make his last GM Norm in 2018 Australasian Masters edition) were very tough examiners to the Norm seekers. Temur Kuybokarov who moved to Australia from Uzbekistan won the event with outstanding result of 8.5 points from 9 games.

The games from our event were transmitted live on several chess platforms.