Previous Next
Editor May 10, 2014 No comments News, Tournaments 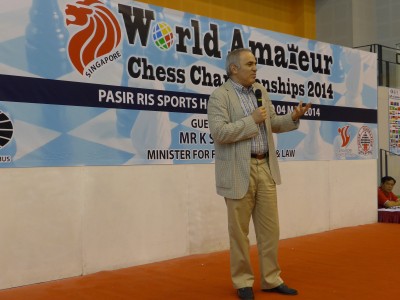 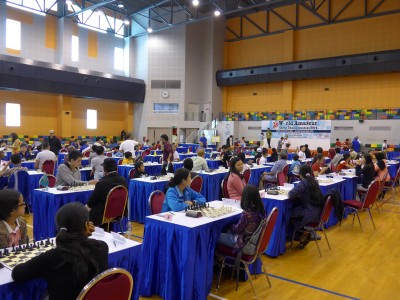 The tournament was held at the PASIR RIS SPORTS HALL from 25 April to 04 May 2014 and we assisted players and officials from Lesotho, Malawi, Ethiopia and South Africa to experience this unique tournament!

PlayersLekau Ramokotjo – LesothoMafube Masilo – LesothoGerald Mphunga – MalawiMuhaba Detamo Adebo – Ethiopia
ArbitersFA Gilton Mkumbwa – MalawiFA Ronald Norman King – South Africa
Gilton and Ronald (now an IA) both got IA norms from the event.
Kasparov Chess Foundation Africa would like to thank Singapore Chess Federation President Ignatius Leong, Singapore Chess Federation Executive Director Thomas Hoe as well as the full team on the ground in Singapore for their foresight and willingness to support the development of chess in Africa in conjunction with KCF Africa!
The final results from the event are available at the official tournament website at http://www.wacc2014.com/
Tweet Pin It